Slav went well out of his way to accommodate our needs, and as I understand it, this is his usual modus operandi.  He worked non-stop at our event, made sure to capture all the right moments, and our entire extended family, who tend to be critical, were pleased with the results.  His style of shooting group photos was also pleasant, and his personality is upbeat and sincere, unlike some photographers who seem to be trying too hard to make you smile.

He also understands all the intricacies of an observant Jewish wedding, where there are different things happening at the same time, sometimes in two different places (since there is often a men’s side and a women’s side throughout, except for the chuppah).

I agree that it is a good idea, as with any service provider, to get things in writing beforehand so there are no misunderstandings later.

Slav obviously takes pride in his work, and if you order an album or portrait he will do meticulous retouching.  I know this because a relative ordered family portraits that were taken at our event.  For us, we went with the raw images for now, but when our budget allows, we hope to order an album from him, having seen the impressive samples in his studio.  We will probably do a simple full page per photo, but he can Photoshop inset pictures and collages if that’s your style. 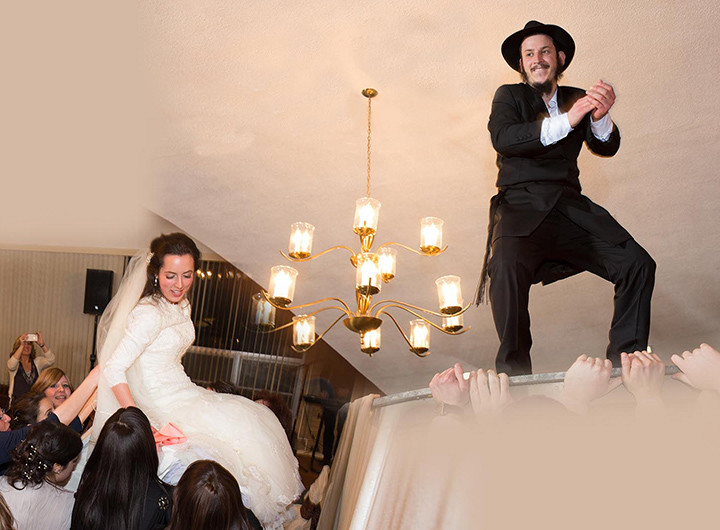